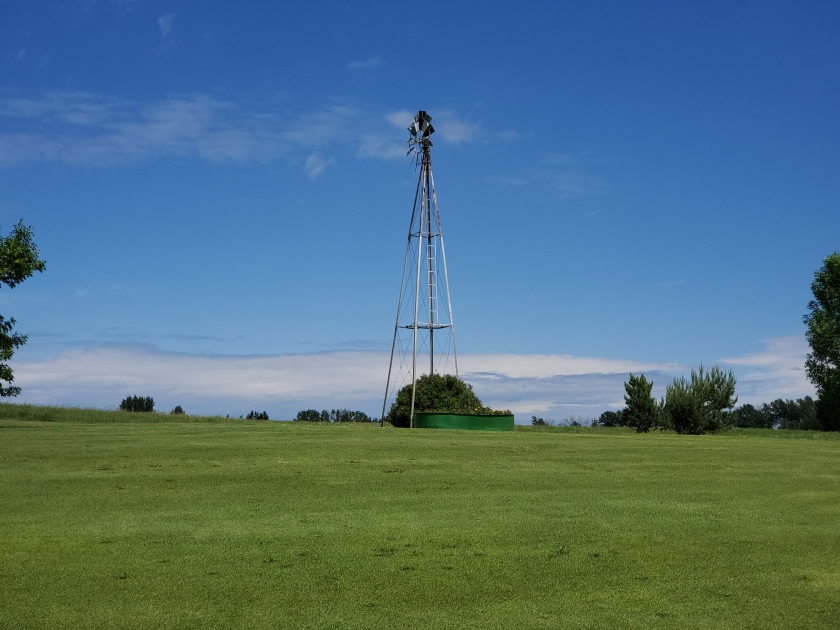 This is the first piece of an unknown amount. We will be highlighting the summer tradition of course opens.  I hope this series will inspire those reading it to take part in at least one of these events per year.  I’m extremely excited about this series as I will be playing most of the courses for the first time and documenting the events.

For those who have not played an open, it’s essentially that.  Pay the event fee, play your round, post the score and hope it wins. With most opens there are flights and usually based on the scores divided by the number of entrants. One can shoot a super high number but still win something because they beat another golfer who posted a score higher then them.

Course opens usually have the normal tournament side stuff such as longest drive, closest to the pin on the par 3’s etc which also add to the excitement, albeit in a much subdued style.

When a course hosts their course open, it is usually one of the courses top events besides the club championships and member/guests. They try to have the course in peak condition as a show case for all non members who show up to play in the event.

For rural courses especially, it can be the biggest tournament of the year.  Golfers travel from all the surrounding towns and it can become quite the social gathering.  People who haven’t seen each other since hockey season ended show up early to have breakfast in the clubhouse and catch up on each other’s going-ons. That’s what makes these so special.  It’s not so much about fierce competition as it is going out with friends, having a good time and hoping you get that one lucky shot.

The first event we went to this year was in Carberry at the Carberry Sandhills Golf Club.  Carberry is located 90mins due west of Winnipeg, just south of the Trans-Canada highway.  Carberry lies between Portage La Prairie and Brandon and is home to the McCain’s plant that makes all the french fries for Western Canada McDonald’s Franchises.

I have wanted to play this nine hole course for quite a while, but due to personal circumstances, have had to put several attempts off the past several years. As the name suggests, it lies in one of the sandhill areas of Manitoba.  While a good portion of the Red River Valley and surrounding areas in southern Manitoba are flat as a pancake, there are regions that are geologically and topographically unique.  Enter Carberry.   It is situated on what is essentially the northern edge of the Spruce Woods Provincial Park and is one part prairie land and one part sand based swamp.

The course is routed through dense forest and has some of the funnest* greens you’ll see in the province.  As with most courses in the region, they were still dealing with some ice damage from the winter and hadn’t quite recovered. From some of the pictures I was shown, the course had come along way since the late opening.  I really want to come back and see the course in late July.

The course itself isn’t that long on paper, but can play way shorter or way longer then what the yardage says. It’s an enigma of sorts. I was so confused with my yardages I second guessed myself more then I’d like to admit.  And that is what made me enjoy the course so much.  I didn’t know what I was doing and loved every minute of it.

Both par 5’s play at least 35-40 yards further then what the scorecard says and shot placement is critical to have a reasonable approach shot. Course knowledge also helps, as there are pockets where one can miss it.  Playing the course the second time round proved that I didn’t learn anything from first nine.   Trying to correct my missteps just led to more missteps and well….you can guess the rest.

None of the par 3’s particularly stood out but the par 4’s were a treat.  None of them were pushover’s and ranged from driveable to flat out short par 5’s. In fact, the closing 9th hole might be one the best par 4’s in the province.

For pure enjoyment pleasure, I absolutely loved the course and it would pair up greatly with Shilo CC just 25 mins west of Carberry.  Speaking of Shilo, it is a Canadian Military base that trains the infantry in the use of weapons, including tanks and howitzers.  As some dark clouds loomed overhead during the back nine, it looked like a storm was rolling in.  You could hear the thunder clapping in the distance, warning of the eminent danger.  Except that wasn’t thunder.  Such a noob I was. The base had opened their range and was having target practise, most likely with the 105mm howitzer variety.  Having the artillery booming in the background was such a cool addition to the round, pun 100 percent intended.

This led to a conversation with two of the gentlemen in our group who are members at Shilo CC.  They told of low flying helicopters and being scared half to death when the shells are detonated while playing at their home course.  These are the interactions that add so much to the game. As much as golf is an individual sport, it is also highly social and communal. This is what makes golf, and err, golfing, so special. 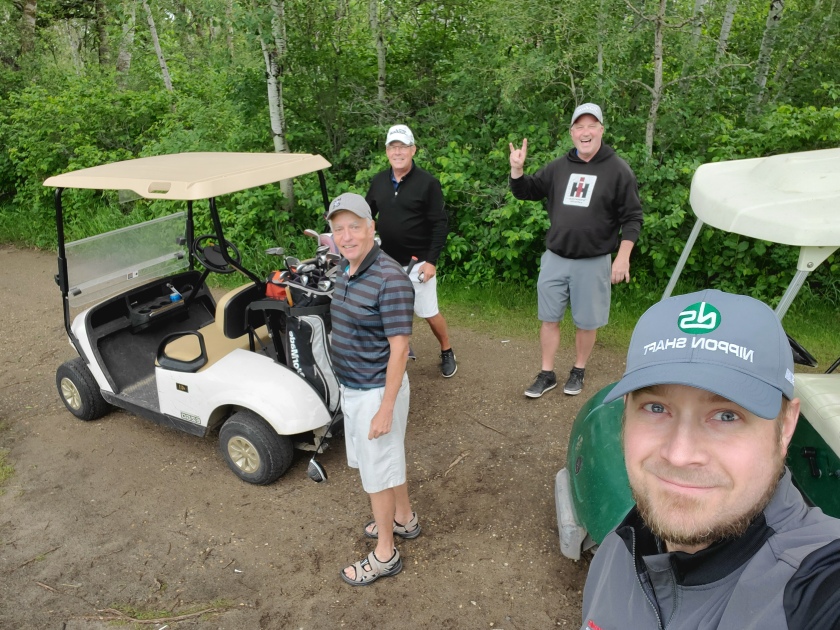 After the 4 hours of buzzing around in a cart, the round came to and end. A high number of strokes was added and I didn’t hang my head in shame. I had a blast and quite honestly didn’t care about my score.  The experience was exceptional.  We put our clubs in our vehicles and headed to the clubhouse, which is stereotypical of a rural course, to grab a drink and hand in our scorecards.

I was told by numerous members about how wonderful the french fries were. With the land just north of the course being prime for growing potatoes,  I definitely had to try them.  All I can say is that they were delicious and kinda had the feel of a massive, previously mentioned fast food chain.  Nicely sprinkled with seasoning salt, they made the trip back to Winnipeg that much more enjoyable. And here is the kicker. For $4, they are a steal.

Coming from Winnipeg, there are several points of interest along the way that can add to the trip.  In Portage La Prairie at the Assiniboine River Diversion, there is some of the best Channel Catfishing in the province where a 35″ catch is not out of the ordinary.  To the south of the course lies Spruce Woods Provincial park, a camping and hiking mecca.  With the route being on the Trans-Canada Highway, we stopped at Tim Horton’s in Elie to grab a coffee and snack on the way.  Between Sidney and Austin, there is a Subway and gas station.

As per EV charging stations, there are several easily accessible along the way, including a Tesla V3 supercharger in Portage La Prairie and one in MacGregor.  Range anxiety should not be a deterrent.

We can’t wait to get back to Carberry.  Even if it is only for the French Fries.