For the 2019 season, we have been doing some long term testing on several products, one which is a glove produced by Hirzl.  The name isn’t exactly synonymous with the golf glove industry.  Several years ago, they made a concerted effort to crack the North American market.  They didn’t break any sales records but were carried by several retail chains, including Canadian headquartered GolfTown. 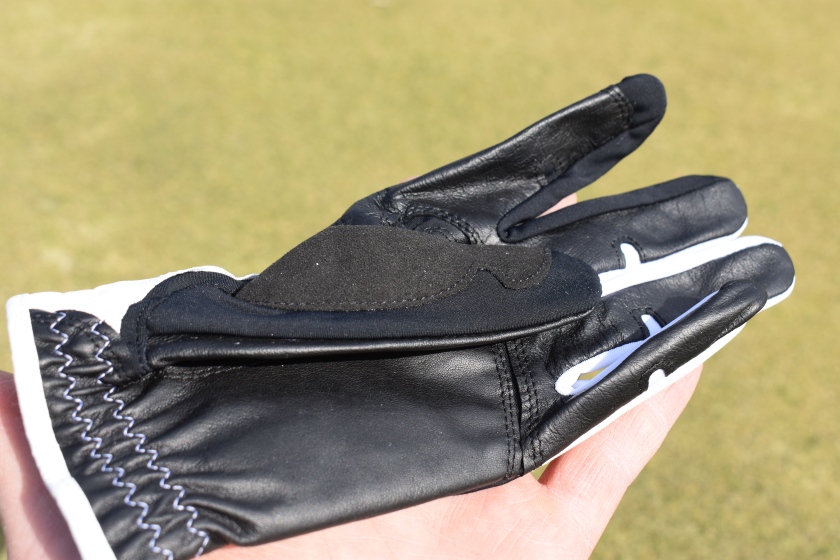 The Hirzl glove is unique, in that it isn’t made out of traditional cabretta leather.  Instead of lambskin, it is made from Australian Kangaroo leather.  At first, I can already hear the murmur about using a product made from Kangaroo, but one must remember that they are as abundant in Australia as the common Whitetail deer is in North America.

Kangaroo leather is an amazing natural product that is extremely durable, doesn’t seem to retain odour and is phenomenal in wet and humid conditions.  It is also not as a rule as thin as lamb skin but is as every bit as soft.  Maybe even softer when compared to the same thickness.

That last paragraph is why Hirzl faces an uphill battle in getting the market share they deserve.  It’s not that the product is not really inferior in any way, it’s just…maybe too good? 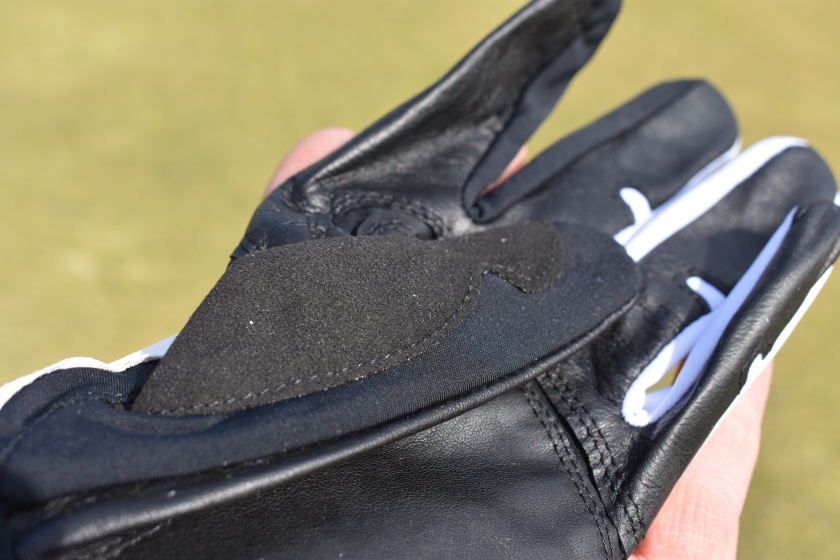 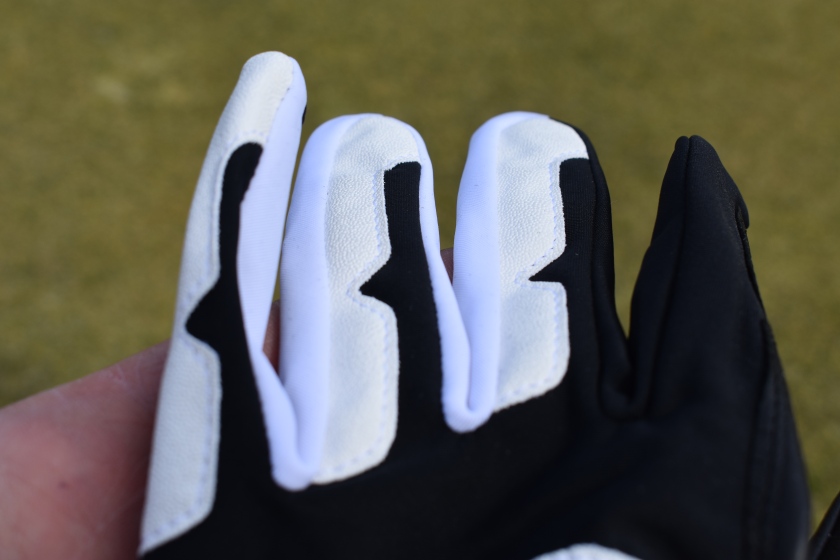 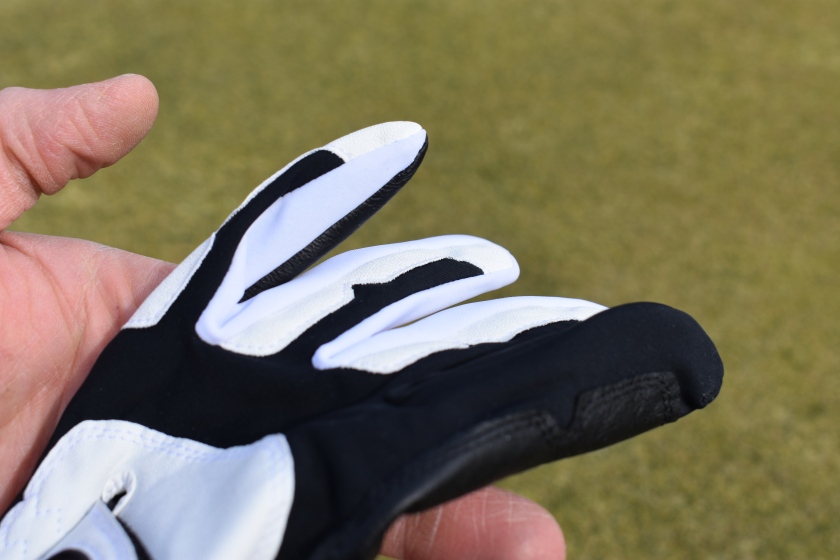 The photos you see below are from 20 rounds of golf.  The glove looks pretty much new.  This glove in particular is a 2nd generation design. The first gen was absolutely amazing.  I used the glove for 55 rounds before having to toss it.  The palm itself didn’t break down, but the cabretta they used on the outside of the thumb.  That glove was the model a set up from what I used this past season.

This version of the glove (compared to their Trust Control model) has seen the cabretta removed and replaced with a fabric like synthetic material on the thumb section. Some rigidity stitching was also added to the side of the palm, but after three rounds it had already come apart.  The top of the glove is made with the same synthetic material found in other gloves, which is a vinyl based faux leather, but it is layered above a spandex type fabric.  That spandex type material is what makes the glove fit so well.  They have placed the material at all the “movement” areas, allowing a very tight fit while not restricting the hand in any way.

I found no difference in sizing compared to other glove manufacturers and the glove didn’t expand or get loose, even after the 20 rounds.

Right now, you’re probably thinking I’ve just given you the perfect reason to go out and buy one. And I have.  But the glove wasn’t without issues either.  Besides the ornamental stitching come apart, the hook and loop glove closure wore out a bit quicker then I would like to see out of a glove this quality.  Hook and loop is better known as it’s trademark name, Velcro. The issue I encountered wasn’t with the hooks, but the loops. After 10 rounds, they started to spaghetti and on several occasions, came lose during the swing.   Ironically, the hooks themselves showed virtually zero sign of wear and attached to my TaylorMade bag better then most. Ironically, several Amazon reviews had the same problem and it appears Hirzl replaced the glove each time.

Cost wise, the glove is only a bit more expensive then a high end cabretta model would be.  Street price on the glove is $22.50 USD and can be found on Hirzl’s Amazon store.  When cost per use is calculated, the exceptional durability of the glove makes a very good case to spend the extra money on Hirzl.