Words and Photos by Jeremy Kehler

Earlier this year, we were given a Nippon Modus Prototype to test and evaluate.  Nippon is HIGHLY regarded in the shaft industry for their steel shaft product line, which is played by some the of the best golfers in the world. The Modus Line has been extremely successful for them and comes in a variety of weights from 105gm to 130 gms and has a variety of launch and spin characteristics.

I was pretty giddy to try this new shaft.  The premise of the shaft is that it is a steel inner core surrounded by a layer of 40T graphite.  This product idea presented several techincal challenges to the Nippon Design team. Essentially the shaft is the permanent mandrel for the graphite outer layer.  Talking with PGA Tour Rep Lee Oyer, the idea was to provide a shaft that had the stability, and consistency, of a steel shaft yet had the kick and feel of a smooth graphite shaft.

The Prototypes consisted of 95gm S and X flex and 110gm S and X flex.  The one we were able to test was the 110gm X flex model.  At first I was a little hesitant about the weight since I was already playing 130gm DG X100’s in my hybrids and would’ve liked to do a head to head comparison weight wise.  Nonetheless, I installed the shaft into a 18º Adams Red hybrid.  Installation was no different then any other graphite shaft and the shaft butt trimmed quite well.   Essentially view installation and removal like any other graphite shaft, as that is the only layer that will contact the epoxy.

The performance of this shaft is what amazed me.  It was firm, stable, controlled yet had that trademark Modus3 105 kick.  The whole shaft line is based off of the Modus 105 profile, with a slightly more penetrated flight then what I expected.  My no means does this indicate that this is a low launching shaft.  In fact, I was surprised at how easy it was to elevate, as well keep low to the ground. The versatility should not be understated.

While trying a variety of shots and scenarios, I found the proto to be very stable on mishits, however a skulled toe strike will still probably not turn out very good.  I found the shaft to be mid spin and didn’t balloon into the wind no matter how hard I tried.  Again, the feel of this shaft is something else.  While I’m not a proponent of feel at impact (performance will always be number one in my book), having a great feel along with the performance is a nice bonus.  The only other hybrid shaft I can think of that has this characteristic is the UST Mamiya ReCoil prototype hybrid line, which is an all carbon shaft.

Accuracy wise, the Nippon Proto was outstanding.  I did find I tended to pull it ever so slightly, but that could be because of the movable weighting set up in the head of the club.

I will be installing this shaft next season in a different hybrid head, preferably one with an adjustable hosel.  I’m very intrigued to see how it will perform with different launch settings.  This might turn out to be the ultimate long hybrid shaft and we will definitely find out.

Interestingly enough, a fairway wood version was recently spotted on the PGA Tour.  Since I’ve played a lighter weight steel shaft in my 3 wood on and off for the past 2 years, this definitely intrigues me. 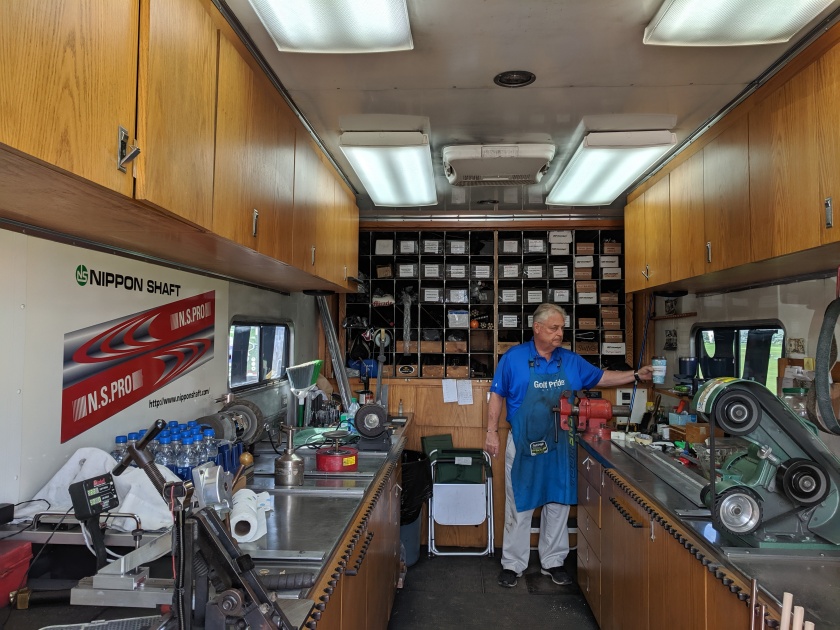 While we were at the 3M Open, we had the chance to see the tour trailer Nippon shares with several other OEM’s.  A few interesting tidbits emerged from this visit, including several different epoxies in use as well as production techniques. 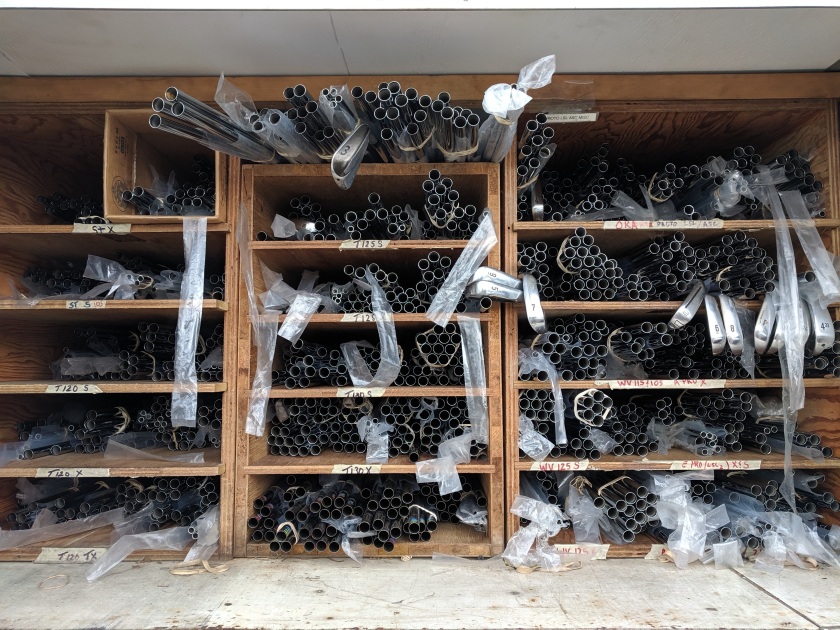 Nippon carries the complete Modus line to most events, and as you can see the above photo, they used every inch available to them.   Also, they still carry some legendary unicorn shafts. There are not many of them floating around, and are highly coveted. You can’t see in this photo, but before I arrived, the tour rep handed a set of Modus 125TX to the Cobra truck to be installed in set of their forged irons. Not many sets of those shafts exist, and I’ve only seen two ever make it to the online used market.   The space Nippon has on their truck could definitely get bigger as sardines in a can aren’t even packed that tight.

The specs (Flex, weight, torque, CPM) for the retail Modus Hybrid line are:

Retail MAP pricing is $250USD, with street cost most likely being around $225.