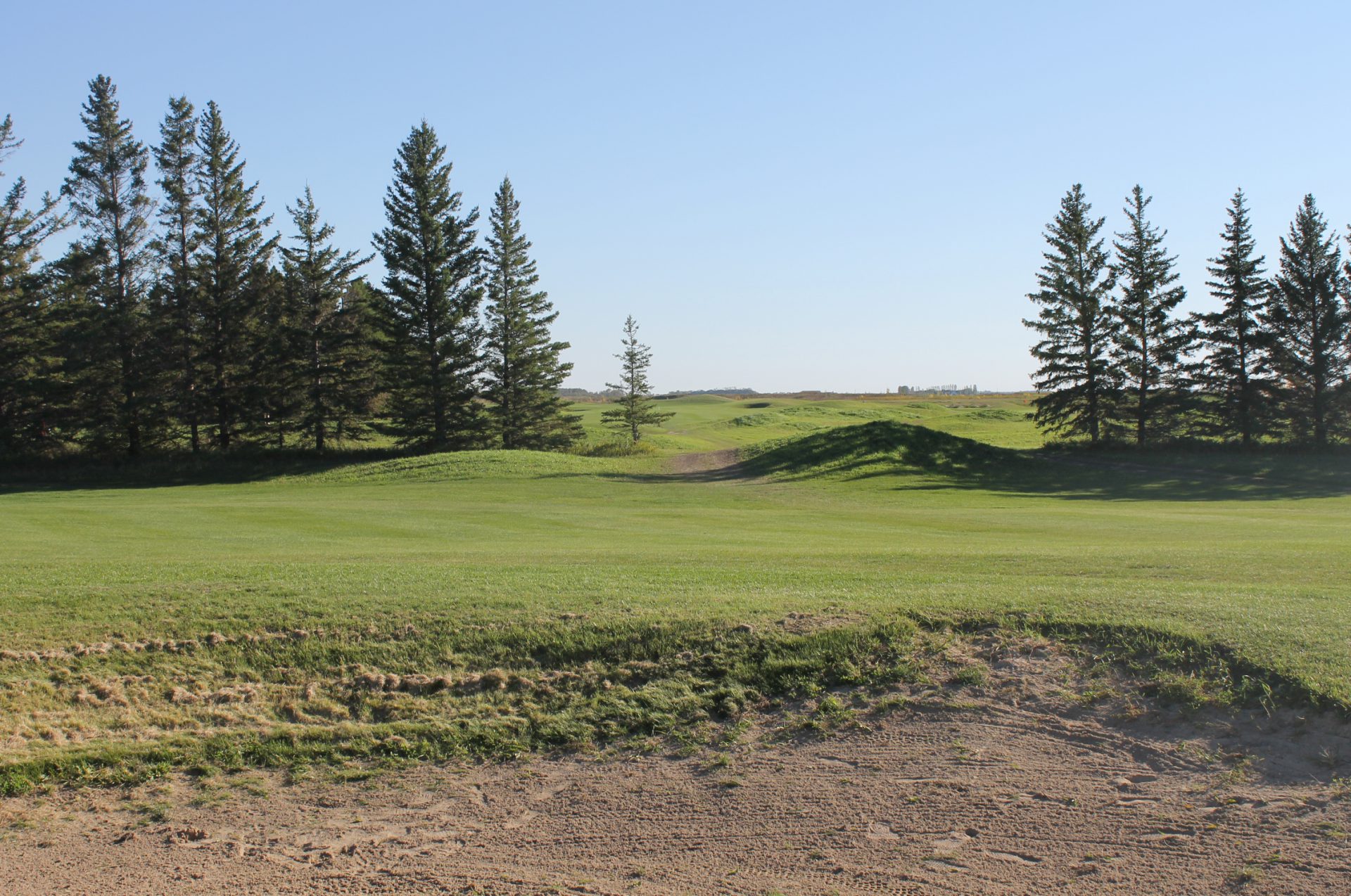 After spending the majority of the day watching and observing the on goings at the range, it was pretty obvious that several trends have emerged recently.  I was shocked to see so many FlightScope tracking devices.  Now, that’s not to say that TrackMan is obsolete my any means, in fact TrackMan owns the place.  Not only is it in the majority of the players bags, but also in the possession of ALL the tour vans and the instructors.  TrackMan also provides their own tour support to the users and has a rep on site for the practise rounds of most events.

I also witnessed the above mentioned device malfunction on several occasions, much to the dismay of the user.   While TrackMan provides support, the units aren’t handed out like candy. They must pay for them like everyone else. TrackMan costs around $20K USD. Oddly I didn’t see one single ForeSight GC Quad.  While it is considered by many to the premiere launch monitor, it isn’t that travel friendly and requires stickers to be placed on the balls and clubfaces.

Equipment usage on the tour is cyclical and players will be found “testing” equipment for several weeks before putting making it a gamer.  The new “it” shaft on tour is Fujikura Composite’s Ventus line. I lost count on how many bags I saw it in.  I predicted earlier in the year that the Ventus will be regarded one day in the same category as Graphite Design’s DI series and Mitsubishi Chemical’s Diamana and Tensei lines.

Patrick Reed grabbed the spot on the left front of the range to practice, situated a good 150 feet away from anyone else.  I don’t find this standoffish at all.  In fact I don’t blame him.  Reed knows how he practices best and is known for working on things by himself.

While I will stop short of calling him a tour diva, he has no problems sharing his thoughts and feelings on anything and everything.  It was near comical how he reacted to a new wedge provided to him from Cobra.  The great thing is he is clearly able to articulate what he finds wrong with the equipment and WHY it is wrong.  This feedback helps the Cobra staff refine what they produce for him.  While practising/testing he had the largest entourage of OEM staff around.  He is also very deliberate when practising.  Each shot has a purpose and method attached to it.   It’s great to see someone so unique and talented on tour. I’ll also note that he may be the most underrated long ball hitter on tour. Not Cam Champ long, but can still hang with most.

It appears that Cameron Champ’s swing coach Sean Foley had Ping make him up a new 3 iron, which he promptly crushed. His carry was between 255 and 260 for a “normal” swing.  It was my first time seeing him hit in person.  He is soooo smooth, and hits it so far it’s just not fair.  As soon as he figures how to attack the tour courses, watch out.

This guy is going to be good. Wait, he is already good. Carry on.

What a swing. The pure power he generates is truly awesome. And he hits it as high as anyone else I’ve seen.  I don’t have the numbers, but I would reckon that he might be the closet thing on tour to TaylorMade’s mythical 17/1700 launch/spin ratio.

The guy is everywhere. Lost count of how many players he was “overseeing”.  Some was for 5-10 mins, others easily one hour.

Cameron has several players under his tutelage, and wisely they practised close together. He would bounce between the players, maximizing what they where working on.

George is the new “it” sing coach in golf.  He was working with multiple players, including Matthew Wolff and Michael Kim. Best part was hearing him say “Gucci”.